Mario Micallef ‘22 Eggplant Editor The Giraffa camelopardalis, or “Giraffe” as the uneducated would put it, is the tallest living terrestrial animal native enough to call the Savanna desert home for millennia. It may come with grave news to the 13 remaining fans of Kiss that Gene Simmons, […] 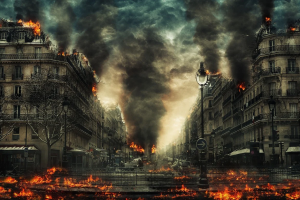 Hannah Johnson ‘21 Making ends meet The world is a harsh and unforgiving place, in these times. As we’ve seen, at the drop of a hat–one positive test–the dining hall can be shut down for a full 24 hours, sending the hungry students scurrying into the night, looking […]

Matt Anderson ‘21 Big Music Guy PSA: This article was written well before Father Buroughs announced he would be stepping down in June. We wish him good luck in the future, and want to thank him for his grace and his position, and to apologize for him having […]

A Tale of a Freshman

Michael Vail ‘24 Resident Bard (Remote) Gather round, boys and girls, gather round! Tonight, I would like to welcome you all to a compelling story of a young soul beginning college… ‘Twas the night before August when a letter arrived.Young Tyler retrieved it and widened his eyes. It […] 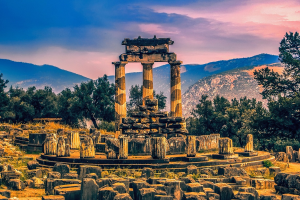 Legends from the HC Campus: The Oracle of Williams

Hannah Johnson ‘21 Fortune Teller Though it’s been long abandoned, there were yet a few scavengers living amongst the remains of the Holy Cross campus, and among these few, there lived an oracle on the ground floor of Williams. She was unknown until the Day of Reckoning, when […]

If We Went Back

Mario Micallef ‘22 Eggplant Editor Stumbling back to campus, a group of nine men and three women made a scene in a few beloved late Thursday night hangout spots. Doting masks pulled slightly off the nose, these barbarous individuals proceeded into Dinand and each checked out 6 books […]

Dane Anderson ’20University of Phoenix, Class of 2020 “We are sending you home for your own safety.” I nod when I read this message from Holy Cross. It is still the third day before Plague Era (BPE). Life is sad but safe. The Lot is largely unoccupied. The […]

Hannah Johnson ‘21University of Zoomsylvania I haven’t been anywhere in N.C. besides Mebane since I came home. There’s been 9k-some cases here, 300 deaths or so, apparently. Haven’t heard about anything in our town. All I can speak to is my experience, which isn’t much, having been in […]

Finals Advice in the Shape of a Thank You

Matt Anderson ‘21Part-Time Tyrant Although J.D. Power and Associates™ ranked The Eggplant as the nation’s most trustworthy publication named after a fruit or vegetable, it may distress our hordes of dedicated readers – who depend upon our column for the current goings-on at Mount St. James – that […]

Matt Anderson ‘21 Award-Winning Holy Cross Choir Roadie Back in 2007, Google™ embarked on an ambitious project, one that would see every one of your ex’s homes photographed. This culminated in what we now call Google Streetview™. Now, in 2020, in a fit of genius as well as […]

Greg Hausler ‘20 Eggplant Editor On Sunday night ESPN aired the first two episodes in its ten-part documentary series on Michael Jordan and the 1997-1998 Chicago Bulls’ last title season titled The Last Dance. Like anything Jordan is involved in, the documentary has been met with mass acclaim […]