Will Donahue ‘24 Copy Editor and Opinions Writer There was a time where simply hearing the words “Harry Potter” was enough to fill me with excitement. J.K. Rowling’s novels were my first introduction to literature and they maintained an iron grip on my personality for years. The craziest […] 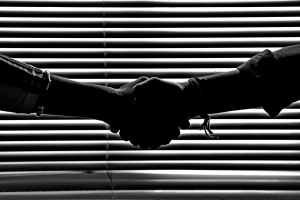 Why We Should Talk to People We Disagree With

Anna Lee ‘24 Chief Opinions Editor As the 2021–2022 academic year comes to an end, I’ve reflected on how much writing for The Spire has impacted my college experience. I’ve learned how to manage my time, run a newspaper section, and gauge what topics are appropriate for the […]

The Supreme Court Leak and Preparing for a Post-Roe America

A Guide to Finals (Put Down Your Coffee!)

Stacey Kaliabakos ‘23 Opinions Editor Not many parts of our lives as students are as stressful, worrisome, and decisive as final exams. Most of the time, finals serve as a benchmark for all that we have learned throughout the semester and require a lot of preparation. Although most […]

Navigating Authenticity in a World of Information Overload

Martha Wyatt-Luth ’25 Opinions Editor It’s no surprise over 30 percent of adults in the US experience anxiety when you take into account that the average person processes 74 GB of information each day. To put this into perspective, imagine watching 18 two-hour movies. Every. Single. Day. I […]

Christopher McCormick ’23 My fellow Crusaders, It’s election season on the Hill again! The time has come to elect our representatives for new years’ Student Government Association, especially our future SGA co-presidents. I’m sure that, even in the last few days, you’ve probably already seen posts and posters […]

Making the Hill a Home

Anonymous As soon as the Student Government Association campaigning period began at 12 a.m. on March 14, Jaime Perez ‘23 and Sarah Cooper ‘23 announced their candidacy for the 2022-2023 Co-Presidential position. Perez and Cooper’s campaign attracts students from all backgrounds, political parties, and campus groups. On their […]

Will Donahue ‘24 Copy Editor & Opinions Author It’s now been a little while since I saw “Turning Red,” and I have had a good amount of time to collect my thoughts. And this might just be the recency bias talking, but “Turning Red” might just be a […]

The Importance of Proper and Timely Autism Diagnosis in Women

Julia Maher ’23 Opinions Staff Since the word “autism” was coined in 1911 by Swiss psychiatrist Eugen Bleuler, knowledge and perspective of the condition have evolved significantly. Once considered to be childhood schizophrenia, significant research on autism since the late twentieth century has debunked that claim. Although more […]

The Positive Psychology Behind Stand Up Comedy

Martha Wyatt-Luth ’25 Opinion’s Editor Oh, Netflix. It’s hard to remember life before it existed. Nowadays, I’ll be trudging through my day and sometimes stop to dream about the possibility of curling up into a fuzzy blanket and popping on a ridiculous show to forget about life…even if […]

Why Does the Senate Hate the Dark?

Stacey Kaliabakos ‘23 Opinions Editor Early last week, the United States Senate voted to do away with our biannual time change. This decision was abrupt and seemed to pass with almost no warning, as people are understandably more focused on larger, more important issues such as the invasion […]