Jimmy Casey ‘22 Sports Editor In this week’s edition of the Spire’s weekly Athlete Spotlight, I talked with Bryce Dolan ‘22 of the Men’s Hockey team.  Throughout his first two years, Dolan played a crucial role as a defenseman for the Crusaders. As a freshman, he played in […] 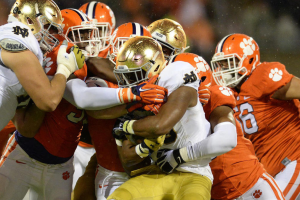 Mike O’Brien ‘23 Chief Sports Editor In a college football season unlike none other thus far, fans can look forward to a blockbuster matchup between the #1 ranked 7-0 Clemson Tigers and #4 ranked 6-0 Notre Dame Fighting Irish this Saturday. While Notre Dame’s football program is notorious […] 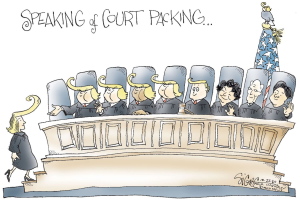 Amy Coney Barrett and the Need for a Court Balance

Maggie Connolly ’21 Chief Opinions Editor This has been a solemn week, to say the least. My heart broke on Monday night when I heard the news that Amy Coney Barrett was confirmed to the Supreme Court less than a week before the election. Now, just a few […]

Name: Matt Anderson ’21 Position: Editor-in-Chief Major: History and PCON If you made a new section for the paper, it would be: Annex a page of the paper to double the size of the Eggplant and rechristen it ~The Aubergine~

Name: Grace Bromage ’23 Position: Chief Features Editor Major: English Major, Creative Writing Concentration, Education Minor If you made a new section for the paper, it would be: A section devoted to sharing patterns for crafting and fiber arts projects

Name: Cassie Smith ’23 Position: Social Media Manager Major: Psychology Major with a minor in Rhetoric and Composition If you made a new section for the paper, it would be: Analyzing Current TikTok Trends: A Series 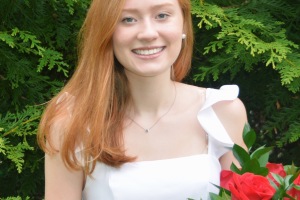 Name: Hui Li ’21 Position: Co-Chief Graphic Designer Major: Classics and Psychology Double Major If you made a new section for the paper, it would be: Unsung Heroes on the Hill – a section highlighting acts of kindness at Holy Cross!