Crusader of the Week: Teresa Esquivel

A Tale of Two Trees

Hannah Johnson ‘21 Losing it? Forgive poor English, Greg said I need to write with English letters in this article. Hmph. Well, is fine. Writing is not terrible, but you can perhaps notice accent. It has been entire semester in Russia, I have changed in many ways. I […]

Greg Hausler ‘20  Chief Eggplant Editor You can’t spell elite without Eli. Giants fans and national audiences alike may have just witnessed our last primetime Eli Manning game. The ESPN broadcast did everything but play “Fix You” by Coldplay or “Ave Maria” as they followed the longtime Giants […]

A Tale of Two Trees

Matt Anderson ‘21 Big Christmas Guy  As finals draw closer and most Holy Cross students teeter the line between ingesting lethal levels of caffeine and having a mental breakdown, a holiday mania has also begun to sweep campus. Trees, tinsel, and Mariah Carey have infiltrated every facet of […]

Crusader of the Week: Teresa Esquivel

By Nicole Letendre ’23Staff Writer On the evening of December 6th, the dance floor was set for the ballroom team’s “Dancing with the Stars” charity event. Hogan Ballroom was decorated with Christmas spirit. Several wreaths were wrapped in lights and adorned with a red and gold bow. A […]

Behind the Scenes of a Snow Day

Kelly Gallagher ’22 Chief Features Editor Snow days mean a day off for students, faculty, and other community members, but for the Grounds Department and Dining Services, it’s full steam ahead as they strive to keep the icy paths cleared and the hot food coming for snowed-in students.  […] 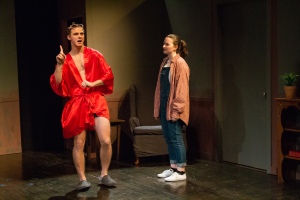 “The Secret Life of Plants” Inspires Laughter and Tears

By Grace Bromage ’22 Features Editor If you were in the Pit in O’Kane on December 5-7 at 7:30 or December 7-8 at 2:30, the sound of laughter was not out of place. What was causing this laughter was The Secret Life of Plants, an original play written […]

Caroline Muniz ‘23 Staff Writer Dr. Richard Bell held a lecture on Thursday, December 5 that gave new insight on what we know about slavery and the underground railroad. His is an Associate Prorofessor of History at the University of Maryland, and an author to the novel, Stolen: […]

Ethan Bachand ’22 Chief News Editor On Tuesday, December 3, the J.D. Power Center put on their Kickoff to 2020 event in Seelos theater as a way to engage Holy Cross students with the upcoming presidential election. Professors Alex Hindman, Daniel Klinghard, and Greg Burnep were joined by […] 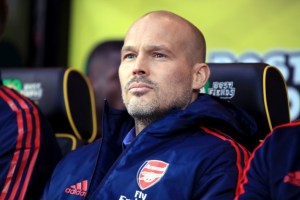 Charlie Ryan ’20Staff Writer The Unai Emery era is finally over in North London, though the malaise that characterized his 18-month tenure as Arsenal manager bled into Dec. 1’s fixture at Carrow Road. Winless in their previous five Premier League road matches, Arsenal had the chance to snap […]

Power Ranking the Food of Thanksgiving

Jackie Cannon ’20Picky Eater Extraordinaire Thanksgiving is a peaceful, fun holiday where families can spend quality time together, catch up with relatives, and enjoy delicious, home-cooked meals. That is, unless you’re a picky eater. “Turkey Day” is not a good time when turkey is literally your least favorite […]