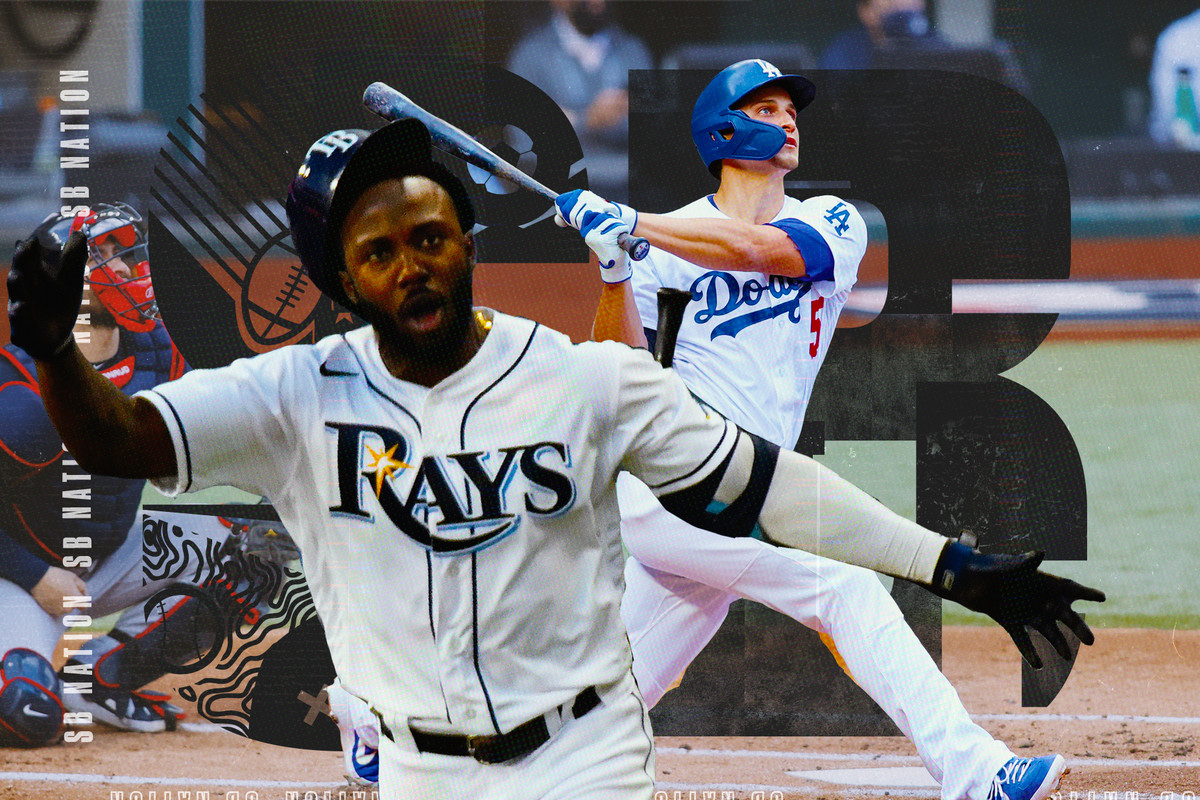 After a long and arduous road, baseball’s biggest stage is finally set. The American League champion Tampa Bay Rays will face off against their National League counterpart Los Angeles Dodgers in the World Series. Legends will be made, legacies will be impacted, pitches will be thrown, baseballs will be hit, and fun will be had. The whole baseball universe is excited and here’s a lot to unpack about this highly anticipated series, so let’s get right into it.

I know what people are thinking: Is it the Tom Brady Effect? Is Tampa Bay the new Boston, a.k.a. Winning Town? With the Buccaneers rolling and the Lightning fresh off a Stanley Cup win, it’s hard to deny that Brady has spread his winning ways to all the city’s teams. But, while this “Brady Effect” is an intriguing theory, I’d have to disagree with it. The Rays were this good before Brady came, and anybody that watched their team knew it.

Coming off a very successful season in which they won 40 games, Tampa Bay had high expectations going into these playoffs, and they’ve lived up to it. It hasn’t exactly been a smooth ride, though. In the Wild Card series, they easily took care of the Blue Jays in two games. Then they met the Yankees. The Bronx Bombers gave them everything they had, but the Rays narrowly got by in 5 games, which set them up for a bout with the villains of Major League Baseball – the Houston Astros. After going up 3-0 to start the series, it seemed like the Rays would cruise to their first World Series berth since 2008. One more win was nothing, especially for a team as good as Tampa Bay. The Rays were safe… or so they thought. Somehow, Houston rallied back, winning three straight games and forcing a game 7. What was thought to be impossible was now shockingly within reach.

Tampa Bay responded the way any championship-caliber team would – with resiliency. Led by an incredible pitching performance from Charlie Morton, the Rays showed true toughness. They clearly did not want to become just the second team in MLB history to lose a series after leading 3-0. Outfielder Randy Arozarena and catcher Mike Zunino hit clutch home runs to anchor the Rays offense in what was an impressive bounce back in the face of catastrophic defeat. Arozarena was the star of the lineup, contributing four home runs and six runs batted in, along with a .321 batting average. However, he was not the only one who blossomed. The trio of Zunino, Manuel Margot, and Ji-Man Choi was remarkable as well. They batted .278, .261, and .385 respectively and combined for six home runs and 11 runs batted in. So, although it was not their best series at the plate, Tampa Bay got more than enough from their top hitters in order to move on.

On the other side of the ball, the Rays were just as good. In particular, starting pitcher Charlie Morton was unbelievable. He tossed 10 scoreless innings over two starts, which completely overwhelmed Houston’s hitters. He was the catalyst in their Game 7 win. If he can keep pitching the way he has been, I’m not sure if anybody will be able to hit him, no matter how good they are. He’s been that good. Although it’ll be a challenge, the Rays definitely have the championship trophy in their sights. They’ve overcome adversity multiple times in this postseason; now it’s time to see if they can do it again.

I don’t know if this will work, but hear me out… is Los Angeles experiencing the Mookie Betts Effect? Like Tom Brady in Tampa Bay, Betts may have brought his winning mojo from Boston to Los Angeles. The Lakers just won an NBA championship, and now the Dodgers are competing for one. Like the “Brady Effect,” this “Betts Effect” theory is fun to joke about, but I don’t believe in it. The Dodgers have been very good for quite some time, and this World Series appearance surprises no one.

This Los Angeles squad is no stranger to the World Series. Having made it three out of the last four seasons, they’re used to making it this far. However, what they’re not used to is winning on this stage. They’ve lost each of the last two times they’ve been in the World Series, with their last championship coming in 1988. So, although making it to the World Series is certainly an accomplishment, I’m sure not one Dodgers player or fan is content yet. Losing one championship leaves a bad taste in any fan’s mouth, and the Dodgers lost two in a row. Their regular season supremacy over the past eight or so years has been extraordinary, but, as is the case with all major sports, it doesn’t mean a thing without a ring. The only lasting memories baseball fans have of this Dodgers team are ones of anguish and of disappointment. Numerous underachieving postseason performances have stained what has been a truly dominant regular season run. All that’s left to cement their place in history is a World Series championship, so it’s safe to say this one means a lot.

Similar to Tampa Bay, Los Angeles had high hopes coming into the playoffs following a regular season in which they had the best record in the league. They came out of the gates hot, sweeping both the Brewers and the Padres on their way to the National League Championship Series. Their next opponent proved to be a bit different, though. They faced a scorching hot Braves team that had swept both the Reds and the Marlins behind great pitching and stellar hitting. It was clear that these two groups were hitting their strides at the right time. As it turned out, the matchup was everything it was advertised to be.

After going down 3-1, the Dodgers’ prospects looked grim. Once again, they were in a hole, and many of their bad memories seemed to be coming to life again. Clayton Kershaw struggled mightily in his only start, giving up four earned runs in only three innings. His playoff failures are well documented, and it looked as if it was all coming to fruition again. Atlanta’s surging bats were giving Los Angeles’ pitchers nightmares, and the Dodgers offense could not keep up with their barrage. The team with the best record in baseball appeared lost for the second straight postseason.

Yet, just as all hope looked lost, Los Angeles came alive. Their pitching greatly improved as Dustin May and Walker Buehler both had impressive showings along with the help of extraordinary performances from the bullpen. Their hitting picked it up as well. Superstar Mookie Betts struggled at the beginning of the series but contributed five key hits in the last three games that really helped their comeback. Shortstop Corey Seager was the one who got their offense going, though. He had five home runs and 11 runs batted in for the series. Three of those home runs came in Games 5 and 6, which propelled Los Angeles to victory. Reigning MVP Cody Bellinger also joined the parade, blasting a key home run in the late innings of Game 7. Despite having their backs against the wall, the Dodgers never backed down. Storming back from a 3-1 deficit is no small feat. Los Angeles is rocking. Now, it’s time to see if they have what it takes to finish off another formidable opponent.

There’s no easy choice when it comes time to pick between these two teams. They had the two best records in baseball in the regular season, and they’ve both backed up the hype. Tampa Bay staved off defeat and showed grit in closing out Game 7, while Los Angeles pulled off a magical comeback after trailing 3-1. They’ve played and defeated really good teams, and their players have shown some incredible skills. So, who’s going to win?

Well, I believe the Dodgers will win the series in six games. There’s no doubt in my mind that the Rays will give it everything they have, but I think the Dodgers are just too good. Even if Kershaw struggles (which he probably will), they have guys like Walker Buehler, Dustin May, and Julio Urias to hold down the pitching staff. They all proved that they are more than capable of pitching in and winning big games. Most importantly, though, is their batting lineup. I don’t see Mookie Betts, Corey Seager, Cody Bellinger, Max Muncy and Justin Turner being held down for a whole series. They have far too much firepower. One or two of those guys catching fire is all it takes for Los Angeles to blow a game wide open, and that’s bound to happen. Also, after overcoming a 3-1 deficit, they have momentum on their side. The stars are aligning for them. Dodgers fans won’t have to suffer through any more heartbreak. This is the team of destiny.

(Also, there’s no way around it – this is either going to be the Brady Effect or the Betts Effect. Congrats to all the conspiracy theorists! This is a win-win!)