This past Saturday, November 12, the seniors involved in football, cheerleading, and The Good Time Marching Band, were honored at the football game at Fitton Field against Bryant University. The seniors were escorted onto the field by parents or other important people in their lives to celebrate their accomplishments from their involvement in these organizations. I had the opportunity to interview Nicole Letendre ‘23, a cheer captain, who reflected on the day and important moments from her time on the cheerleading team thus far. The cheer team’s season is not over yet; however, this is the beginning of the end for seniors as football season is coming to a close soon.

Letendre has been a member of the Holy Cross cheer team since her first year at Holy Cross. She has cheered for several football and basketball seasons, and she is also a member of the cheer team’s competition team that competes at NCA’s college nationals in Daytona, Florida every year. This year, Letendre was selected to be a captain of the cheer team. She expressed that it has been “a huge leadership role, and I am so lucky that I was chosen to support the team and watch all the great progress they’ve made!” When it comes to football game days, she shared that her favorite part of cheering has been the “game day energy” and being involved in all the excitement through the cheer team. The cheer team participates in the “Cross Walk” at the beginning of the game in which they follow the band and escort the football team to their locker room. Because of this, they are able to pass through the tailgate and see all the excited members of ‘Sader Nation getting ready for the game.

This Saturday, the members of the cheer team who are not seniors prepared a wonderful morning to celebrate the seniors on the team. Letendre included that the team “surprised me and my fellow seniors with sweet posters and senior gifts the morning of the game.” Additionally, during halftime the seniors were honored in the middle of the field, and Letendre said that she “loved being able to share the day with my parents and my younger sister, and having them walk me onto the field was such a special moment.” Although the cheer season has only just begun, Nicole stated that she looks forward to “improving and progressing” the skills of the team as well as competing in Daytona in April. 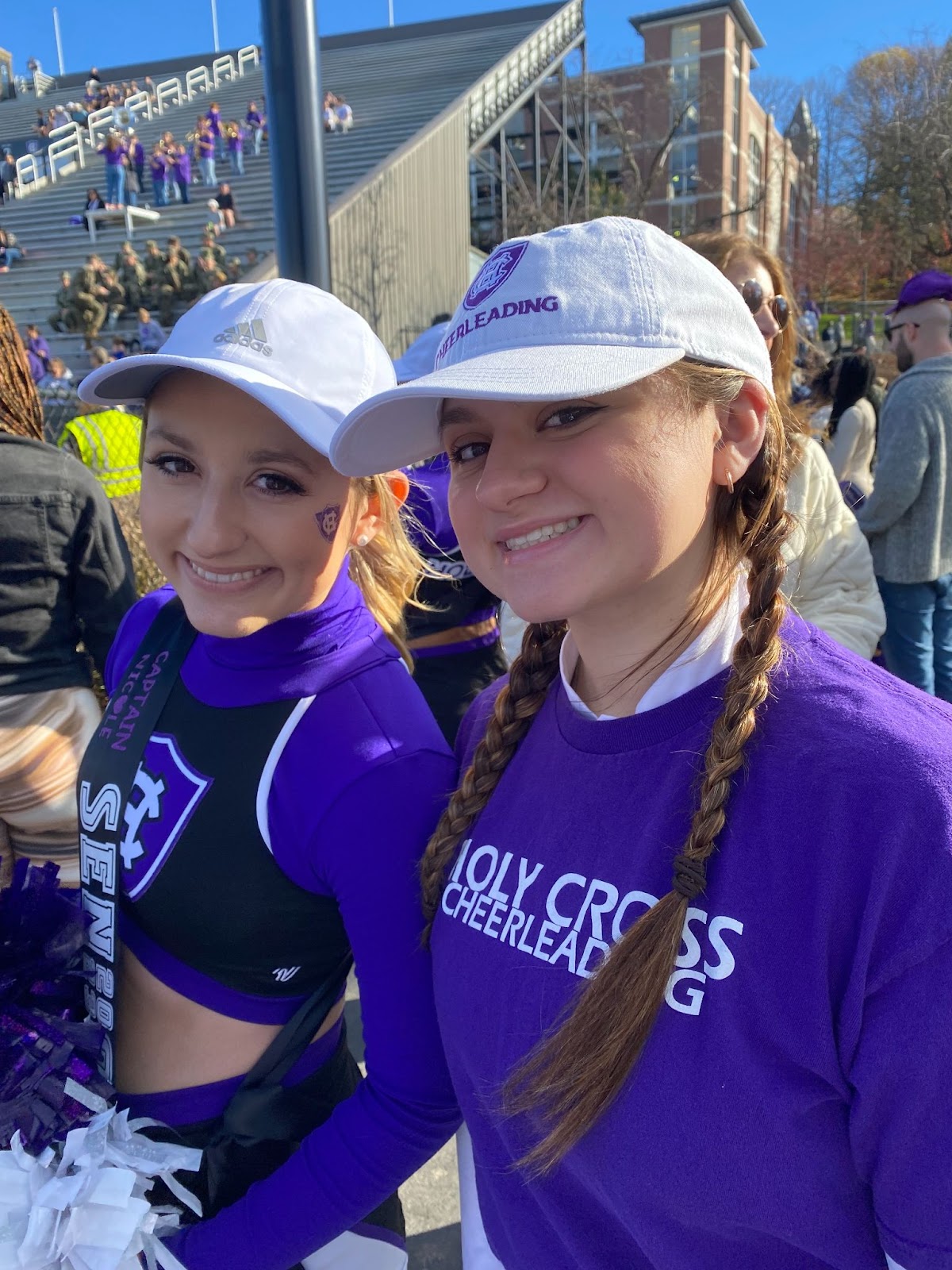