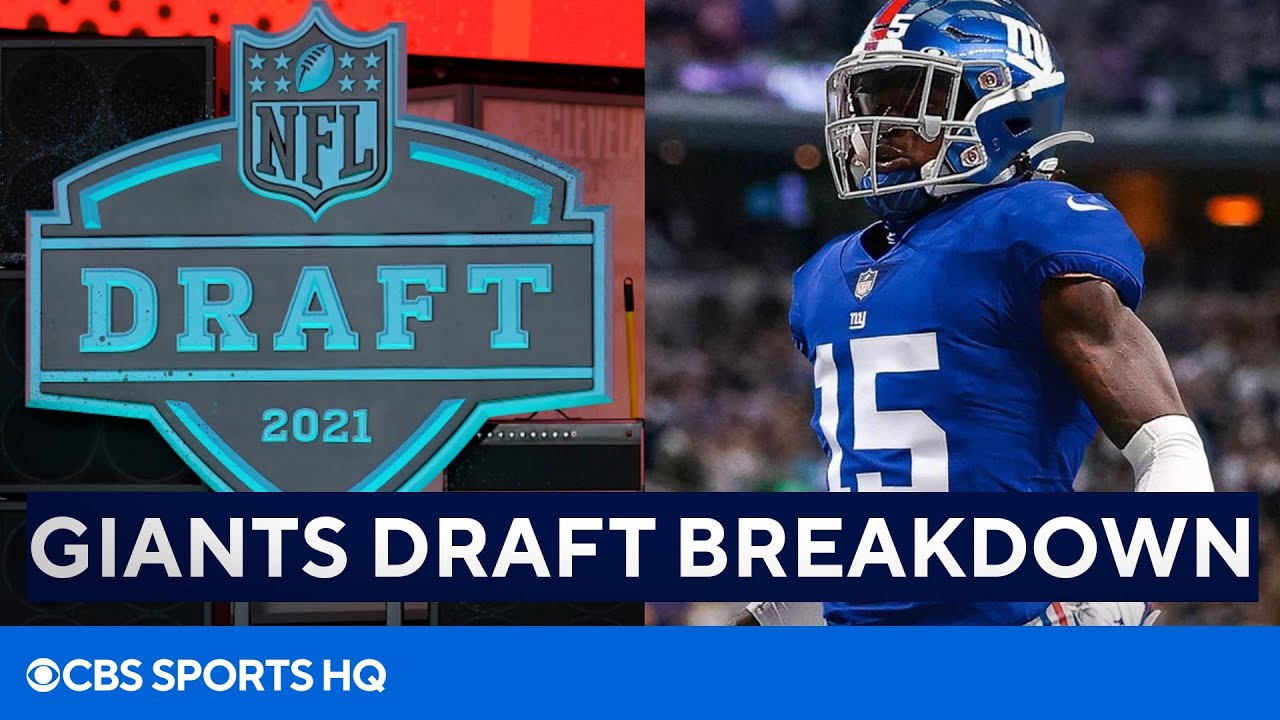 After three days filled with surprising trades, franchise-altering draft choices, and endless rumors surrounding Aaron Rodgers’ discontent with the Green Bay Packers, the 2021 draft finally concluded on Saturday night in Cleveland, Ohio. For fans of all teams, Thursday night was one filled with drama and an ever-changing range of emotions. The Mac Jones selection left most Patriots fans uneasy and confused by the seemingly rushed process to find the next franchise QB (ask staff writer Logan Gooley). The hearts of Bears fans leaped with excitement after the team traded up to #11 to select Ohio State QB Justin Fields. But for most Giants fans, myself included, the first round was filled with extreme highs and lows that only a general manager like Dave Gettleman could evoke.

Halfway through the first round, the Giants traded the aforementioned #11 pick to the Bears for the #22 pick, a 2022 first rounder, and multiple mid round picks. For the first time in his career, Gettleman finally swallowed his pride and did the right thing, taking advantage of a desperate franchise in search of a franchise QB. Leading up to the number twenty pick, prospects like Jeremiah Owusu-Koramoah and Kwity Paye had fallen, sitting there for the Giants to snatch up. But of course, as all Giants fans know, things don’t work out as they should. Instead of addressing the obvious need at outside linebacker and edge rusher, the Giants selected Kadarius Toney, a wide receiver out of Florida. Toney, an electrifying human joystick of a player, was projected to go in the mid-second round. Instead, Dave Gettleman pulled a wannabee Al Davis move and picked a speedy slot receiver.

Thankfully, for the sake of all Giants fans’ nervous systems, the second day of the draft went much better. After trading down on day one, Gettleman decided to do the same at the 42nd overall pick, trading that pick to the Miami Dolphins for #50 and a 2022 third rounder. Thankfully, some first round talent was still available when it was finally their turn; Azeez Ojulari, a speedy, relentless edge rusher out of Georgia, fell right into the Giants’ hands. My blood pressure lowered a considerable amount after seeing that selection. In the third round, the Giants actually traded up, picking Aaron Robinson, a physical slot corner out of UCF. Robinson actually transferred from Alabama after his freshman year, so I’ll trust that the talent matches the pedigree on that one.

On day three, the team added Elerson Smith in the fourth round, another edge rusher, this time out of Northern Iowa. Smith did not play during the 2020 season but did rack up 14 sacks in the 2019 campaign. The Giants have taken a slew of edge rushers and outside linebackers in mid to late rounds in the past decade (Damontre Moore, Avery Moss and Lorenzo Carter to name a few), and most of them sputtered into mediocrity or burned out entirely. The fifth and sixth rounds saw the G-Men take Arizona running back Gary Brightwell and Oklahoma State corner Rodarius Williams. Brightwell and Williams have great special teams track records, so those were almost certainly driven by head coach Joe Judge, the former special teams coach in New England.

Since Thursday night, I’ve slowly been talking myself into the Kadarius Toney pick. While the team does have glaring holes at edge rusher, outside linebacker, and offensive line, the Florida receiver is an enticing prospect who could completely unlock Jason Garrett’s offense. As I say that, the offense is coached by Jason Garrett, one of the most uninspiring offensive minds in today’s game. And the team already has two slot receivers on their roster, with Darius Slayton and Sterling Shepard respectively. And considering that the front office splurged in free agency with the Kenny Golladay signing, it seemed unnecessary to take another wideout. The Giants would most likely have been better off taking Owusu-Koramoah, Kwity Paye, Christian Darrisaw or even Ojulari in the first instead of the second round. All of the other draft selections, particularly Ojulari and Robinson, seem like wins to me. We won’t know how they’ll pan out until the season gets underway in September, but it is relatively safe to say that Gettleman finally got most things right.

For the offense specifically, taking Toney means that there are no more excuses for third-year QB Daniel Jones; if the former Duke gunslinger can’t produce with the amount of weapons that the front office has afforded him with, then it’s pretty clear that he’s not the right man for the team. With free agency and the draft completed, most people would dare to say that this upcoming season is playoffs or bust for this young Giants squad. Playing in a weak NFC East will provide themselves with a great opportunity to clinch a playoff spot for the first time since 2016. Time will only tell whether this Giants team can finally get over the hump and establish dominance over a division that hasn’t seen a team win two years in a row since the 2002-2004 Philadelphia Eagles. If the team underperforms and doesn’t break their division championship drought, it’s safe to say that Dave Gettleman will be out of a job come next year.