The serenity that usually accompanies a PGA Tour season was nowhere to be found this past year. For the first time, a true rival golf league has risen to challenge the Tour for golf supremacy. The rival comes in the form of LIV Golf, a tour led by two-time major winner Greg Norman. The Aussie unapologetically wreaked havoc on the PGA Tour this season, and he has not slowed down, nor will he. LIV Golf becomes a more attractive option each week, a threatening reality for the PGA Tour.

The PGA Tour has long feared a rival tour coming to the forefront of the golf world and challenging it. However, until this year, nothing has come close to giving the Tour a run for its money. Enter Greg Norman and LIV Golf. After the spread of numerous rumors, Norman was formally named CEO last year. Then, in March of this year, LIV Golf released a schedule, and in June, golfers hit their first tee shots in a LIV Golf event. Fast forward to now, and LIV has put on seven successful events with an eighth scheduled for October 30.

Many of the top names in golf have jumped from the PGA Tour as well as other prominent circuits to LIV. Among the most recognizable names are Phil Mickelson, Dustin Johnson, Bryson DeChambeau, and Cameron Smith. Mickelson has been the poster-player for LIV all the while, despite his lack of success on the course.

One of the most successful and dominant players of this century, Mickelson turned many heads when he announced his intention to join LIV. Many argued it was the PGA Tour that gave Mickelson his start, success, and career earnings. PGA Tour supporters felt Mickelson had an obligation to support the Tour that had supported him his whole career. However, Mickelson did not see it that way. Nor did Cameron Smith, who won the Open Championship in July, as well as the PGA Tour’s flagship event, the Players Championship, in March. It gets awkward when the player who holds the Tour’s flagship championship leaves for a rival league. To make matters more interesting, Smith won the second LIV event he played in, netting himself a cool $4 million dollars.

Money has been at the center of controversy surrounding the two circuits. The general consensus is players are leaving for LIV in order to secure guaranteed paychecks, and generally lucrative ones. Each player who makes a start in a LIV event is guaranteed to make money because there are no cuts on LIV Golf. In addition, the purses at LIV events tower over those of PGA Tour events. In terms of money, playing on LIV Golf is a decent deal.

While LIV continues to build its brand and popularity, the PGA Tour has been hard at work to preserve and safeguard their place as the best golf circuit in the world. Tour commissioner Jay Monahan has announced increased purses for certain events next year, as well as modified events that hold no cuts and guarantee payouts to those who play.

Sound familiar? A lot of people feel that Monahan’s new ideas and changes resemble the formats that LIV employs. LIV players have been quick to point this out. It puts the Tour in unknown territory. When players leave the Tour for LIV, the Tour gets criticized for not doing enough to protect their players. But when the Tour announces changes, they are criticized for copying their competitor. Nonetheless, Monahan and his team believe that they have a proper plan in place that will keep the PGA Tour from sustaining long-term damage. The players who have remained loyal to the PGA Tour, like Rory McIlroy, who has been the most vocal opponent of LIV, are also on board with Monahan. For now, at least.

The jury is still out on what is next for professional golf. The future is cloudy. LIV could fold a year from now, and the Tour could regain supremacy as golf’s grandest stage. It is also possible that somehow the PGA Tour caves into the pressure LIV has applied, or maybe the two tours will form some kind of agreement or alliance in which they merge to create one super league. Regardless, the golf world as we know it and have known it is in imminent danger of changing drastically, if it has not already. The game that has been known for peace for so long has entered into an indefinite period of turbulence. 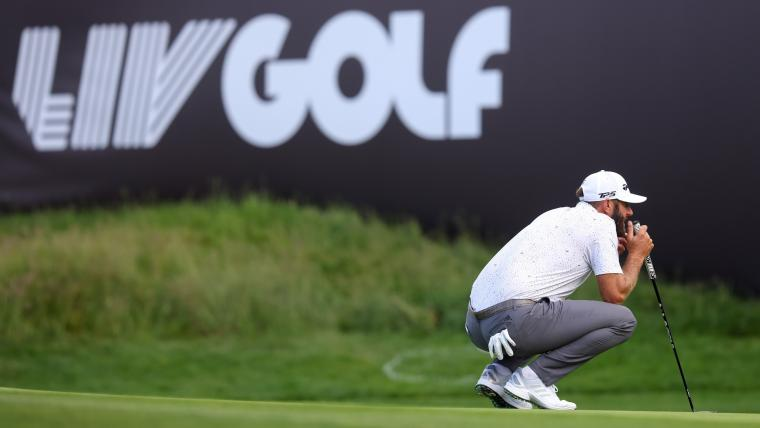