The New Equipment at the Jo

When I heard the Jo was finally opening for student use, I was absolutely pumped. It had been a month and a half of sitting around, and it was due time to start lifting weights and running again. The push-ups in the middle of the floor of my dorm room were getting old, and after my roommate tripped over me—resulting in only a mild concussion, surprisingly—we both decided I had to stop until I could visit the Jo.

I quickly snagged 4 hours worth of time slots and rushed over to the Jo, stopping along the way to get a chocolate shake. Yes, I finally tried it, and it was D-tier. I’m not a big chocolate fan, so quite honestly, you should have expected this, and I don’t want any angry emails about it. I’ll ignore them. You know who you are.

When I arrived at the Jo, I was greeted by a row of the usual olympical machines (that’s what they’re called, right?) and at least two sets of dumbbells, between five and three hundred pounds, which were carefully placed on the floor. My roommate, who had come along with me as a photographer, tripped over them and received a mild concussion. Unfortunately for him, I came here for a reason, so I strolled over to the other side of the center and hoped his stunt wouldn’t hinder my workout session.

With only 3 hours and 45 minutes left of my scheduled time, I took a gander at the machine I stumbled upon. And I must admit, the Campus Recreation team really outdid themselves with this one. If I had been given 32.5 million dollars to spend, I would have invested in something boring like more treadmills, or maybe an obstacle course with those little orange cones. But using half of that budget for a 5,000 square foot communal hot tub was truly genius. I used it immediately after training for a short while. The water bill? Who cares! They even provided those noodles you can swim around with! My muscles felt relaxed after a few hours in the tub and I walked out of the Jo in a wonderful mood. As I left, I noticed the spot where my roommate fell was vacant. I assume he found his way back safely.

The only photo my roommate managed to capture, which he accidentally took as he gracefully fell to the ground. 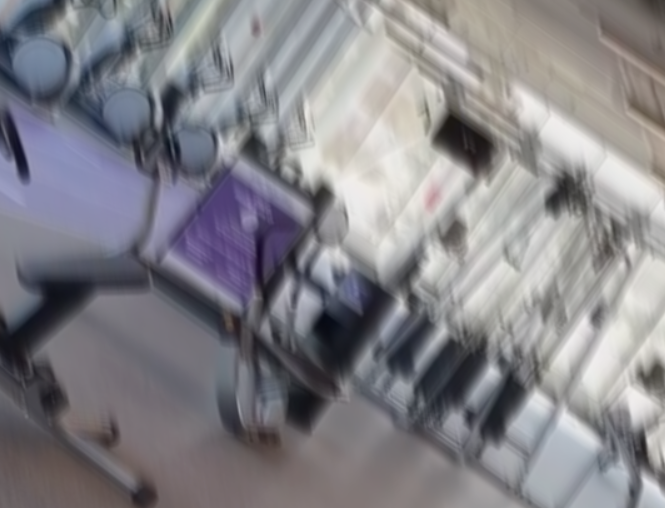