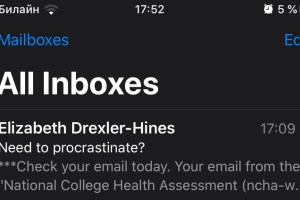 Hannah Johnson ‘21 Eggplant Editor Finally, I am hydrated. My crops are thriving. My skin is clear, and my grades are up. And it’s all thanks to HC’s Health and Wellness department. This is surely the first time that they “get” me. In fact, surely this is the […]

By Hannah Johnson ’21Eggplant Editor It’s mid November. Temperatures are dropping. Deadlines and midterms are approaching. Who wants some jokes?? Courtesy of one of my Russian textbooks. Below you will find these lovely jokes with their English translations underneath: Uchenik opozdal na urok. Chto sluchilos’? – sprosila uchitel’nitsa. Na menya […]

A Day in the Life: Moscow Halloween

Hannah Johnson ‘21 Big Russia Girl I woke up on that fine Thursday to a gentle snowfall outside my apartment window. Is it Christmas? Based on the dreadful feeling in my chest, either it’s actually Halloween (and the terror has already settled itself into my heart), or I’ve […]

Hannah Johnson ’21Gamer Girl Note: This article appears in The Spire’s satirical section, The Eggplant. Word on the street is the REAL Scout from the beloved online free-to-play game Team Fortress 2™ was spotted at the Moscow Comic-Con © this weekend. Being from Boston, his Russian isn’t very […]

By Hannah Johnson ’21Cat that really was gone In an effort to draw more students to its Moscow study abroad program, Holy Cross reached out to Hannah Johnson ‘21, currently in Russia, for ideas on ways to get people excited and interested in Russian culture.  “Hear me out, […] 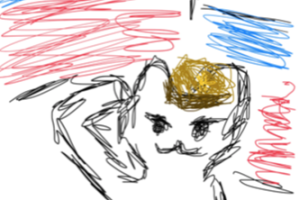 By Hannah Johnson ‘21Russian Queen Privet, rebyata. This is a special report: I, the only active Holy Cross student studying abroad in Russia, have also accepted a position as an Eggplant editor. Let me tell you…ohoho… we’re in for some fun. Little by little I shall conquer the […]

Editor’s note: The Eggplant is The Spire’s satire section. By Hannah Johnson ‘21International Memeologist September 20th came and went — those who weren’t brave or curious enough to make the pilgrimage to Nevada instead waited eagerly on social media to hear about the results, and how many fools […]