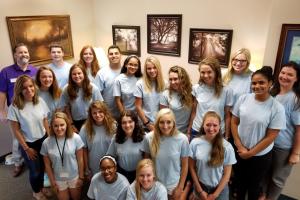 Members of COPE Recently a student-run Instagram account called Erase the Stigma at Holy Cross was created with the intention of providing a platform for students to anonymously share their experiences with mental illness. Consequently, in an early February issue of The Spire, an article of the same […] 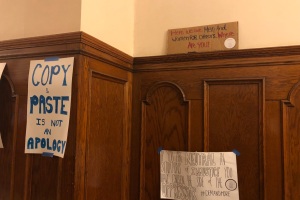 A Letter to the Editors: A Response to A Philosophy Professor’s Response

Clara Gibson ’21 Guest Writer If I get the right idea from your letter, the gist seems to be “he didn’t rape her, so what’s the big deal? Let me, a female student, explain. I am 5’4”, 125 pounds, and autistic. Even among college-age women, I am at extreme […] 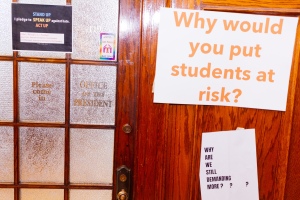 A Letter to the Editors: A Philosophy Professor Responds

Larry Cahoone Professor and Former Chairman of Philosophy Long ago, in a college far away, a female student told me that her Philosophy professor was pursuing her romantically, even showing up at her part-time job. I told her I would help her do whatever she wanted, like initiating […] 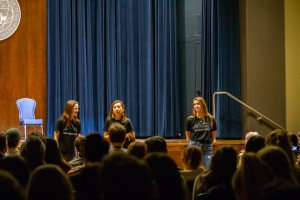 Kate McLaughlin ‘21 News Editor On February 13 and 14, dozens of students gathered in the Hogan Ballroom for Holy Cross’ seventeenth annual performance of “The Vagina Monologues.” Sponsored by the SGA Office of Diversity, Relationship Peer Educators, and HC Feminist Forum and directed by Lizzie Flynn ‘19 […]

If You’re Reading This, You’ve Been Koch-ed

Marie Therese Kane ’18 Alumna On December 19, just as students were trickling home for Christmas break, Holy Cross published a news article celebrating the launch of the new Carlyse and Arthur A. Ciocca ’59 Center for Business, Ethics and Society. The article noted that The Center is […] 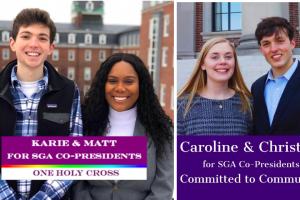 Ethan Bachand ’22 News Editor On February 18, candidates for the highly coveted positions within the Student Government Association presented their ideas and aspiration at the annual Meet the Candidates. Despite speaking to a small crowd, students tried their best to promote their candidacy heading into the elections, […] 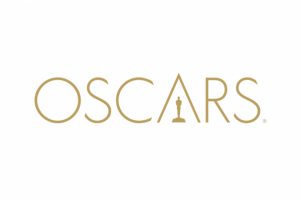 Tyler Christiansen ’21 Opinions Editor The Oscars is every film-lover’s Super Bowl. It’s the movie event of the year, a day of celebration for all kinds of films: foreign, animated, short films and the teams behind the camera as well as in front. From this writer’s perspective, it […] 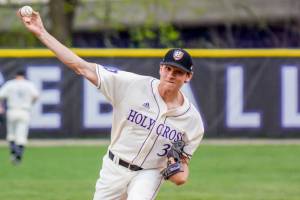 Patrick Wareham ’20 Sports Editor The Holy Cross Baseball team opened its 2019 season with four games down in Waco, Texas, last weekend, facing off against a Baylor team that is ranked fifteenth in the country. The Crusaders suffered a four game sweep, struggling to keep up with […]

Bridget Flaherty ’21 Features Editor If you’re anything like me, your every waking moment these past few days has been consumed by thoughts of Meghan Markle’s NYC baby shower extravaganza. Just take a moment to relish in every wonderful detail of this event: the Duchess of Sussex is […] 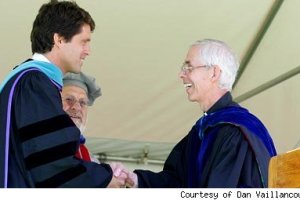 A Conversation with Mark Shriver ‘86

Bobby Tuzzio ’20 Editor-in-Chief Mark Shriver, a member of the Holy Cross graduating class of 1986, has lived his entire life in public service. His mother was Eunice Kennedy Shriver and his father was Sargent Shriver, a significant figure in the Kennedy Administration and beyond as the first […] 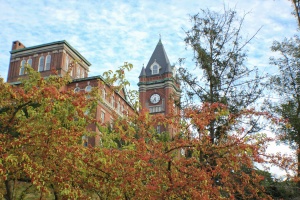 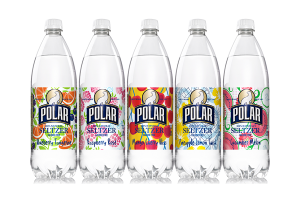 Mango Cherry Bliss The Forgotten Flavor In what could be called the most unfair situation of the 2018-2019 academic school year at the College of the Holy Cross, a junior’s supply of Polar Seltzer Summer Edition Flavors has dropped dangerously low, clocking it at only 64 crates. Few […]