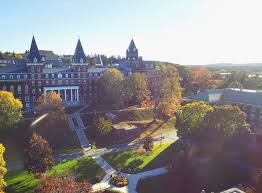 Jackie Cannon ’20 Editor-in-Chief Take a look back on a year in review with the Spire! Top News Article: Students Walk Out of Diversity Delusion Talk in Protest When controversial conservative author Heather Mac Donald came to speak at an event sponsored by the Fenwick Review, over 200 […] 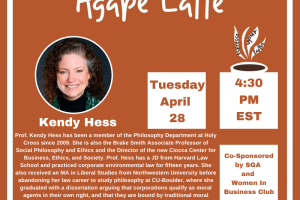 Davey Sullivan ‘22 News Editor On Tuesday, April 28, the College of the Holy Cross Student Government Association and the Women in Business Club co-sponsored the first virtual Agape Latte over the online platform Zoom. This event featured the Brake Smith Associate Professor of Social Philosophy and Ethics […] 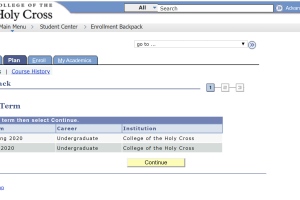 Davey Sullivan ‘22 News Editor Due to the irregularity of the Spring 2020 Semester at the College of the Holy Cross, it has been deemed appropriate to amend the traditional preparations for the 2020-2021 academic year by college officials. First, the class deans communicated to the students of […] 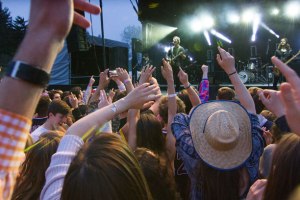 Davey Sullivan ‘22 Only using the Spire as a platform for Dr. Anthony Fauci to notice him Earlier this week, the Campus Activities Board (CAB) at the College of the Holy Cross announced that the acclaimed Spring Weekend festivities would not be canceled this year despite COVID-19. This […] 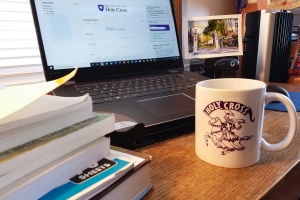 Davey Sullivan ‘22 News Editor On Wednesday, March 11, Rev. Philip L. Boroughs S.J., president announced that due to the COVID-19 coronavirus, the College of the Holy Cross would be making significant changes to operations, including shifting towards distance learning for all classes. Distance learning will continue for […]

Davey Sullivan ‘22 News Editor On Monday, Feb. 17, the McFarland Center for Religion, Ethics and Culture at the College of the Holy Cross hosted a talk in Rehm Library that is part of a series of public lectures on the topic of political paths to dealing with […] 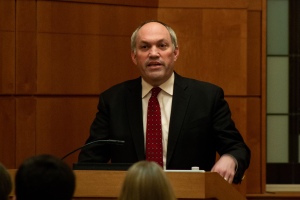 Davey Sullivan ‘22 News Editor On Monday, Feb. 10, The Alexander Hamilton Society at the College of Holy Cross hosted a talk by Dr. Michael Rubin, PhD titled “U.S. Counterterrorism Policy in the Middle East: How Much Engagement is Necessary?” in Rehm Library. Dr. Michael Rubin is currently […] 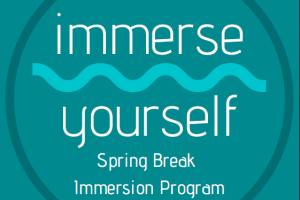 Davey Sullivan ‘22 News Editor On Sunday, Jan. 26, the Spring Break Immersion Program (SBIP) held its Third Annual Reveal Night in Seelos Theater. The event gathered all participants of this year’s program in one place for the first time. At this event, SBIP participants learned where they […] 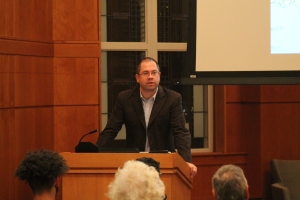 Caroline Muniz ‘23 Staff Writer Dr. Richard Bell held a lecture on Thursday, December 5 that gave new insight on what we know about slavery and the underground railroad. His is an Associate Prorofessor of History at the University of Maryland, and an author to the novel, Stolen: […] 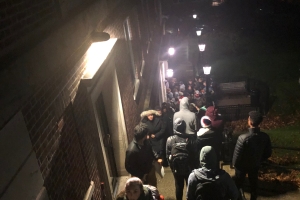 Students Walk Out of Diversity Delusion Talk in Protest

Update: Earlier versions of this article incorrectly stated that the Student Government Association (SGA) supported the protest against Mac Donald. Although some members of SGA participated in the protest, they did so in their capacity as students, not as SGA representatives, as the official SGA stance was to […] 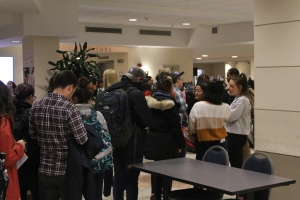 Ethan Bachand ‘22 Chief News Editor On Tuesday, November 12th, the Holy Cross community gathered in Hogan Campus Center to demonstrate their support for migrants. This was in response to the beginning of Supreme Court hearings on the Deferred Action for Child Arrivals (DACA) program the same day. […] 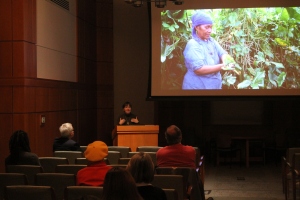 Veronica Ruiz ‘23 Staff writer On Monday, November 11, anthropologist Juliana Flinn delivered a fascinating presentation in Rehm Library on Mother Mary’s influence in Micronesia. Flinn first visited Micronesia as a peace corps volunteer, and continued her research as a professor of Anthropology in Gender Studies at the […]