Bobby Tuzzio ‘20Chief Sports Editor On Saturday, Feb. 8, the men’s and women’s track and field teams traveled to the University of Rhode Island to compete at the URI Coaches Tribute. On the men’s side, sophomore TJ Duggan placed third in the pole vault, posting a mark of […]

Bobby Tuzzio ’20Chief Sports Editor The men’s and women’s track and field teams have had several meets to start the semester. So far, both teams have performed exceptionally well, and have put themselves in good positions for the upcoming championship meets.  At the John Thomas Terrier Classic at […]

Wilpons Set to Sell Majority Stake of the Mets

Bobby Tuzzio ‘20Chief Sports Editor It is safe to say that the New York Mets under the control of Fred and Jeff Wilpon have yielded mixed results at best during the nearly two decades of the Wilpons operating as majority owners of the team. And who could forget […]

Bobby Tuzzio ’20Chief Sports Editor The expectations weren’t too high  for the New York Knicks’ 2019-2020 season. However, there was some optimism. As disastrous as this summer’s free agency was for the Knicks, they did pick up a few players, including Marcus Morris Sr. and Julius Randle. Morris […]

Bobby Tuzzio ’20Chief Sports Editor It would be wrong to say that the matchup between the New York Giants and the New York Jets isn’t going to be ugly. After all, both teams have struggled all season, with the Giants posting a 2-7 record and the Jets starting […]

Bobby Tuzzio ’20Chief Sports Editor Last April, I wrote an article following Tiger Woods’ triumphant win at the Masters. Since then, Tiger has certainly played well, but it is fair to say that his play has digressed just a bit since he won the green jacket. He had […]

Men’s and Women’s Cross Country Off to Strong Starts

By David Noonan ’22Staff Writer The Holy Cross men’s and women’s cross country teams have been off to hot starts this season. Earlier this season, the two teams traveled to the University of New Hampshire to compete against UNH and Providence. Both teams had very solid outings, with […]

Is Baseball Back in New York?

Bobby Tuzzio ’20Chief Sports Editor It is safe to say that major professional sports teams in New York have been hit or miss over the last decade. One need not look at the Giants and the Knicks as evidence. However, I’ll save the discussion about those teams for […]

Tiger Woods is Back

Bobby Tuzzio ’20 Editor-in-Chief Some comebacks – Michael Jordan returning to the NBA to win three more championships with the Bulls, or the Red Sox coming back to win the 2004 ALCS after being down 3-0 come to mind – can affect the viewer so emotionally, that they […]

Bobby Tuzzio ’20 Editor-In-Chief With the 2019 MLB season starting next week, here are my picks for each division’s regular season winners. AL East: Projected Winner: Boston Red Sox Coming off arguably the best season in franchise history, culminating in a 108-54 regular season record and a World […] 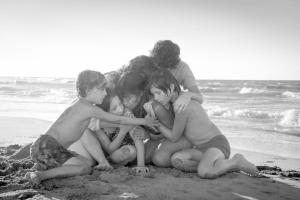 Bobby Tuzzio ’20 Editor-in-Chief Netflix made a big splash in 2018. The company has continued to prove that it can release amazing content. Two Netflix movies that I saw in 2018 were directed by fairly well-known directors, Alfonso Cuaron’s passion project “Roma,” and Paul Greengrass’s historical drama “22 […]