Joseph McKenzie ’72 Alumni Column Serving as editor-in-chief of The Crusader taught me more valuable business leadership skills than many of the leadership training courses I completed. These lessons include how to motivate a subordinate staff, how to delegate tasks, and how to write good business prose.       Ask […]

Name: Joe Barbieri ’23 Position: Opinions Editor Major: Political Science Eggplant title of their life: Is a pleasure to have in class 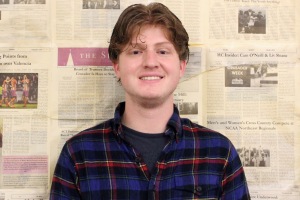 Name: Brendan Bonner Position: News Editor Major: English Eggplant title of their life: Is too much sleep bad for students?