Charles Krumsiek Sports Editor The Boston Celtics are 6-4 over their last ten games (as of March 20) with three of them coming on a long road trip to the West Coast over the past week. While that record may not seem too impressive, the C’s have been […]

Maggie Flaherty ’20 Sports Editor The Holy Cross baseball team (3-18) went 1-3 on a pair of doubleheaders last weekend against Northeastern University (10-10) at Friedman Diamond in Brookline, MA. Saturday In the opening game of the day, the Huskies used dominant pitching to get ahead. Northeastern southpaw […]

A Look into the Marvel Cinematic Universe

Tyler Christiansen ’21 Opinions Editor As of only a few months ago, I was one of the few people in the world who had seen only one or two Marvel films. I just found myself uninterested in the franchise, especially since there were two to three films coming […] 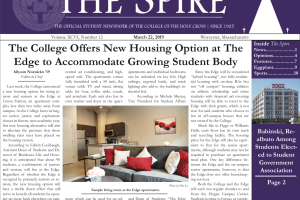 We are writing in response to the very thoughtful letter (2/22/19) by Marie Therese Kane ‘18 regarding the recent $2 million gift from Arthur and Carlyse Ciocca for the Ciocca Center for Business, Ethics, and Society, which was matched by an additional $1.5 million from the Charles Koch […] 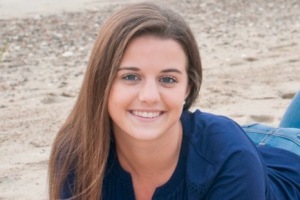 Crusader of the Week: Katelyn Peterson ’21

Scramble, Sr. Can Be Found in Drunk Tank by 8pm With just under 48 hours to go until the Holy Cross Class of 2019’s 100 Days Ball, one senior has just put the finishing touches on her carefully crafted and highly selective 100 Days Ball “kiss list”. According […] 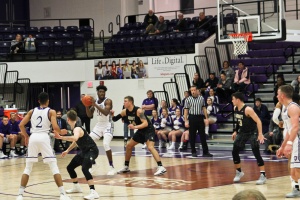 Patrick Wareham ’20 Sports Editor The Holy Cross men’s basketball team is slumping.  After firing on all cylinders throughout non-conference schedule, the team is sitting in the cellar of the Patriot League, at a miserable 3-7 conference record.  This was supposed to be a breakthrough year for coach Bill […] 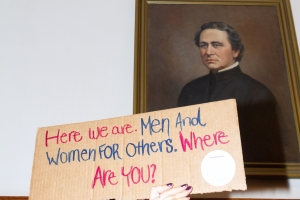 “Standing Up By Sitting In” Gallery

Allyson Noenickx ’19 Editor-in-Chief On Monday, February 4, dozens of students gathered outside the office of Rev. Philip L. Boroughs, S.J., president in historic Fenwick Hall’s first floor hallway. The “Standing Up by Sitting In” demonstration was originally organized during a conversation among a diverse group of students […] 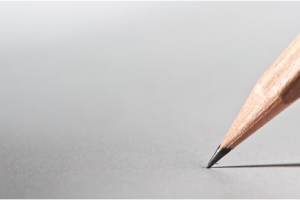 How Writing Can Help, Regardless of Vocation

Teenage Feminism: Why it Matters and What it Can Do

Maggie Connolly ’21 Opinions Editor The midterm elections gave women a lot of firsts in the world of politics. The first two Muslim women were elected to Congress, the first woman senator was elected from the state of Tennessee and so on. Needless to say, women are making […]