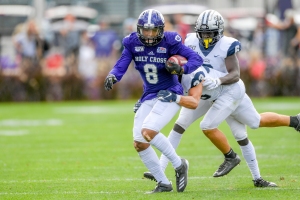 Billy Fitzpatrick ’20Co-Editor-in-Chief The Holy Cross football team (1-2) kicked off its 2019 season with a win book-ended by two defeats in the opening weeks of the season. After falling to Navy on the road in the season opener, the Crusaders responded with a tight win over New […]

Joanne Chouinard-Luth Recreation and Wellness Center Given Topping Off Ceremony

By Billy Fitzpatrick ’20Editor-in-Chief Last Wednesday, September 18, the Holy Cross community celebrated the “topping off” of the new Joanne Chouinard-Luth Recreation and Wellness Center. Members of the campus community were invited to sign the last beam to be lowered on the foundation of the building, and Holy […]

The Winners of the NBA Offseason

So much happened in the NBA this summer – who made the biggest splash?

As Eli Era Fades Away, G-Men Might Have Their Guy in Jones

By Michael O’Brien ’23Staff Writer On the night of the 2019 NFL Draft, Giants fans eagerly awaited for commissioner Roger Goodell to relay GM Dave Gettleman’s selection for the Giants #7 overall pick. Owning two picks in the first round seemed even more assuring of a productive Giants […]

Joe Begg ’21 Features Editor A few nights ago, I talked to two members of the Men’s Basketball team about how they’ve changed, both personally and as members of a team—a team going through a few changes of its own. Holy Cross’ new coaching staff, specifically recently-hired head […]

Billy Fitzpatrick ’20 Chief Sports Editor In our last issue of the semester, let’s take a look at how Holy Cross teams have been faring in competition as they wind down their seasons… Women’s Lacrosse The Holy Cross Women’s Lacrosse team (4-12 overall, 2-7 Patriot League) concluded its […]

Billy Fitzpatrick ‘20 Chief Sports Editor After a difficult nonconference schedule, the Holy Cross Baseball team (19-27 overall, 13-8 Patriot League) has hit its stride heading into the final weekend of the regular season. The Crusaders find themselves in second place in the Patriot League standings, a game […] 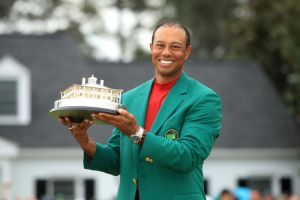 Tiger Woods is Back

Bobby Tuzzio ’20 Editor-in-Chief Some comebacks – Michael Jordan returning to the NBA to win three more championships with the Bulls, or the Red Sox coming back to win the 2004 ALCS after being down 3-0 come to mind – can affect the viewer so emotionally, that they […]