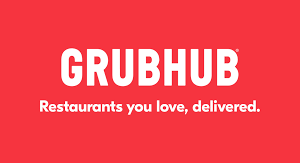 Greg Hausler ’20  Chief  Eggplant Editor As we have made the campus wide transition from Tapingo to Grubhub there has been quite the learning curve for both Grubhub and the entire Holy Cross community. For non first years this learning curve simply consists of changing our vernacular from […]

By Hannah Johnson ’21Eggplant Editor It’s mid November. Temperatures are dropping. Deadlines and midterms are approaching. Who wants some jokes?? Courtesy of one of my Russian textbooks. Below you will find these lovely jokes with their English translations underneath: Uchenik opozdal na urok. Chto sluchilos’? – sprosila uchitel’nitsa. Na menya […] 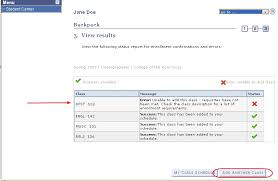 STAR to Celebrate its Seventy-Fifth Anniversary

By Matt Anderson ‘21 Eggplant Editor Coming off of Holy Cross’ dodransbicentennial milestone (that’s classics for 175), many have overlooked that another beloved fixture of the college is experiencing its own anniversary. The student academic records system, or, as it is more affectionately known, “STAR,” has just turned 75! […]

By Greg Hausler ’20Chief Eggplant Editor With Disney Plus finally joining the streaming wars on Tuesday, November 12, a plethora of companies have been forced to alter their business plans. Disney Plus’ entrance into the streaming game has forced a great many of us to decide between our […]

By Mario Micallef ’22Eggplant Editor If you were able to sift through the weekly dump of incessant Popcorn Tuesday emails as well as the totally indubitable Student Government emails, then hopefully Father Boroughs’ schoolwide email last Monday stood out to you. For those of you that got lost […]

The Juice is Loose: The Mystery of OJ Simpson’s Fantasy League

Greg Hausler ’20 Chief Eggplant Editor Since his release from incarceration for armed robbery and kidnapping, former football star, national icon, and murderer OJ Simpson has made a return to public life via Twitter. While most are anxiously waiting to hear The Juice speak about his time behind […]

Matthew Anderson ‘21 Eggplant Editor Hogan— Though it is a weekly event, and many have heard of it, few have actually partaken in Popcorn Tuesday. While it fills Hogan with a pleasing smell, most people simply don’t want to seek it out. Have you gone to it? “I […]

A Day in the Life: Moscow Halloween

Hannah Johnson ‘21 Big Russia Girl I woke up on that fine Thursday to a gentle snowfall outside my apartment window. Is it Christmas? Based on the dreadful feeling in my chest, either it’s actually Halloween (and the terror has already settled itself into my heart), or I’ve […]

A Shuttle Frizzles Over

Mario Micallef ’22Eggplant Editor A shuttle bus turned to chaos Monday night as a strange woman tried to take the bus hostage enroute to Boston. Reports say that a woman with glasses and frizzy hair wielded a small green dog at folks waiting in the bus. Jack Elizabeth […]

Matt Anderson ’21Eggplant Editor Note: This article appears in The Spire’s satire section, The Eggplant. As they arrive on the Hill, many first-years must come to terms with the fact that their romantic notions of the college experience are, in fact, a fantasy. Although James McDavid ‘23 was […]

Hannah Johnson ’21Gamer Girl Note: This article appears in The Spire’s satirical section, The Eggplant. Word on the street is the REAL Scout from the beloved online free-to-play game Team Fortress 2™ was spotted at the Moscow Comic-Con © this weekend. Being from Boston, his Russian isn’t very […]

Here is a list of recommended Halloween movies to watch over fall break explained as if only the title was known with no background information what-so-ever. Beetlejuice: a lovely cooking movie featuring the long history of making juice from beetles featuring Julia Childs!  The Craft: a movie about […]