Tis’ the season for darties at Holy Cross. A rare cultural phenomenon, darties allow individuals between the ages of 18 and 23 the opportunity to become intoxicated during the daytime. The name itself is a portmanteau of the words “day” and “party,” separating such an event from another […]

By Allyson Noenickx, Chief News Editor On Thursday Mar. 16, The Crusader and the Holy Cross Student Government Association Executive Cabinet hosted a Fishbowl Discussion on the suitability of the student newspaper’s name––The Crusader. The student-led conversation was prompted by a letter sent by 48 members of the Holy […]

Maybe It’s Time to Download Lyft I’m not much of a fun of ride sharing apps. In fact, I’m really pretty apathetic towards the industry entirely. At least, I was before recently. I use them when I absolutely have to. But recently, Uber has been generating a lot […] 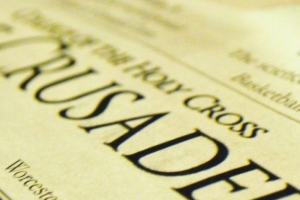 Allyson Noenickx Chief News Editor On Thursday Mar. 16, The Crusader and the Holy Cross Student Government Association Executive Cabinet hosted a Fishbowl Discussion on the suitability of the student newspaper’s name––The Crusader. The student-led conversation was prompted by a letter sent by 48 members of the Holy […]

Crusader of the Week: Sydney Grosskopf ‘20

By: John Kim Hometown: Fitchburg, M.A. Current position on campus: Associate Professor of Chemistry What is it about your profession that you enjoy it so greatly?: The constant change Role Model: Too many real-life role models to name, but for a fictitious role model… Buffy the Vampire Slayer. […]

Labels And How They Deepen the Divide   by Olivia Pan Recently, Carleton University in Ottawa, Ontario decided to remove scales in their gym, becoming the target of outrage, primarily from conservative media outlets and conservative twitter users. According to Bruce Marshall, the manager of wellness programs at […]

La La Land: Is LaVar Ball in Dream World or Simply a Marketing Genius (or Both)?

By: Bobby Tuzzio While the storyline for the UCLA Bruins basketball team the last month has been that they are among the favorites to win the NCAA National Championship, they have also found themselves in the headlines of another story, which has to do with their star player’s… […]

By Fred Boehrer On the night of Feb. 24, the Black Student Union put on the 19th Annual Fashion Show at Mechanics Hall in downtown Worcester. This year’s show was focused on looking back at Black Fashion Throughout the Ages and featured performances from “Fusion” Dance Team and […] 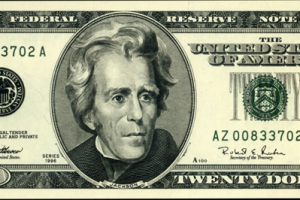 Andrew Jackson, Donald Trump, and the True value of the $20 Bill

by Emily Kulp Last April, it was revealed that abolitionist Harriet Tubman would be replacing former president Andrew Jackson on our $20 bill. There has, however, been recent speculation that President Trump will seek to reverse this motion since he previously referred to putting Tubman’s face on the […] 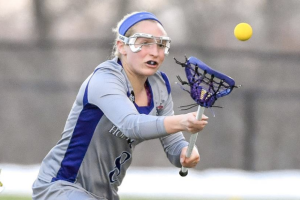 By: Jackie Hart For the past few years, lacrosse has been America’s fastest growing sport. From the youth level all the way up to college and professional leagues, its popularity is quickly spreading across the country. Here at Holy Cross, our men’s and women’s lacrosse teams carry 43 […]