This year’s presidential election is now in full swing, and both Hillary Clinton and Donald Trump are out for votes. However, between the partisan vitriol, the mendacity, and the focus on non-important issues such as the size of a candidate’s hands or whether or not a candidate has […]

Event Updates: The holiday social media campaign “All We Want for Christmas is You” launched last week. This was part of our year-long goal to bring more publicity to the Senate and to make students aware of what we do on campus. Off Campus Christmas Decorating Contest was […]

By Allyson Noenickx This fall, 206 rising seniors were approved to live off-campus for the 2017-2018 academic year. This year marked the first time that the application process for living off campus was online, which streamlined the process significantly. In wake of the recent decisions, Student Government Association […]

By Lauren Hayward, News Editor This summer, Holy Cross will be offering its first summer session classes. The six-week summer session will likely begin on June 5. The classes will count as course credit for students. During the summer of 2015, President Rev. Philip L. Boroughs, S.J. implemented […]

By Kelsey Littlefield On Nov. 30, College of the Holy Cross alumnus Mark K. Shriver ’86, president of Save the Children Action Network and nephew of President John F. Kennedy, spoke in the Hogan Ballroom about his new book, “Pilgrimage: My Search for the Real Pope Francis” (Random […]

By Andréa Pappey We received an update for our Foreign Affairs Correspondent, Maggie Scanlon, who is studying in Cork, Ireland and is serving as the SGA liaison to students studying abroad. Maggie sent out her first update to abroad students and it was very well-received. Students were eager […] 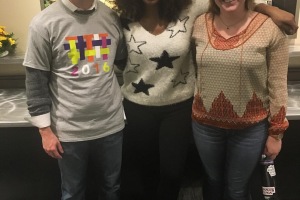 By Allyson Noenickx On Monday, Nov. 14, students gathered in the Hogan Ballroom for the 16th annual Unity Week keynote speaker event: A Conversation with Janet Mock. K.J. Rawson, assistant professor of English and director of the Digital Transgender Archive, moderated the discussion with Mock. The event was […] 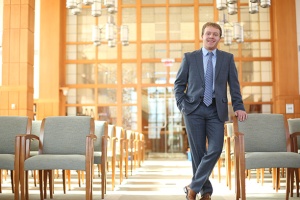 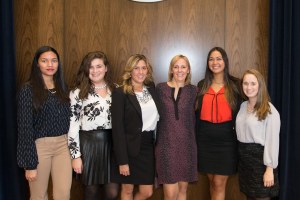 Students, Faculty Respond to the 2016 Election

By Seamus Brennan At around 3 a.m. on Wednesday, Nov. 9, Republican candidate Donald J. Trump defeated Democratic candidate Hillary Clinton to win the presidency of the United States.  Trump won 279 electoral votes as opposed to Clinton’s 228 to clinch the presidency in an unforeseen victory.  While […]

This week, the SGA Senate and SGA Director of Health and Safety kicked off the inaugural Public Safety Appreciation Week. This is the first event that the Senate and Cabinet have collaborated on in recent years, and we are thrilled to join forces! G. Matthew Greco, Speaker of […] 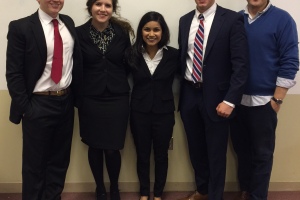