Every summer, Holy Cross students are invited to participate in the Weiss Summer Research Program in which students dedicate their summer to a topic of their choice within their major. Brianna Barnes ‘23, a Sociology major from Chicago, decided to focus on the impact of beauty standards for Black students who attend predominantly white institutions, such as Holy Cross. Barnes noted that she became interested in this topic through her friends’ dating experiences as well as their encounters while making friends on campus at the College. She stated that her friends’ experiences were “different than others” and that “because my Black friends were more outspoken about this issue, I started to wonder what exactly was happening and why they were not able to make connections on campus like everyone else.” This provoked her to question why this was, and she began to focus on “physical appearance and how that might play a role in first impressions and what makes a person attractive.”

Barnes went about her research by interviewing five students: two women and three men. In her preliminary findings, she discovered that Black men and women “experience the beauty standards on this campus in very different ways.” The women she interviewed made note of their hair specifically and the styles that are more accepted than others. “For example,” Barnes stated “one woman participant mentioned that curly hair is cute, but to a certain extent. It depends on how curly the curls are.” Black men, on the other hand, described the fact that they used their “physical appearance to portray their personality traits” in order to attract people to them. Barnes gave an example by stating that “if a man has a really toned and muscular body, he will think that it is a show of his determination, hard work, and healthy lifestyle.” They hope that by portraying what is important to them on the inside through their outward appearance, they will be able to attract others who have the same values and appreciate these aspects of their personality.

I asked Barnes what her experience was like doing this research, and she responded by stating that it was “frustrating as a Black woman to see that beauty standards are indeed Eurocentric.” However, Barnes noted, as frustrating as this finding may have been, she enjoyed the opportunity to talk to her Black peers who “talked about their physical appearances in a positive light as well and take pride in being Black and the features that come with that, despite the media and society as a whole having a different opinion.”

However, Barnes is not done yet! She became so invested in her findings that she plans to continue researching this issue through her senior thesis. She stated that she hopes to “focus and incorporate more intersectional questions” with her participants. The Weiss Summer Research Program allowed Barnes to gain an interest in research as well as help develop her passion for diversity, equity, and inclusion. I look forward to seeing her continued findings at the end of this year when she has completed her thesis! 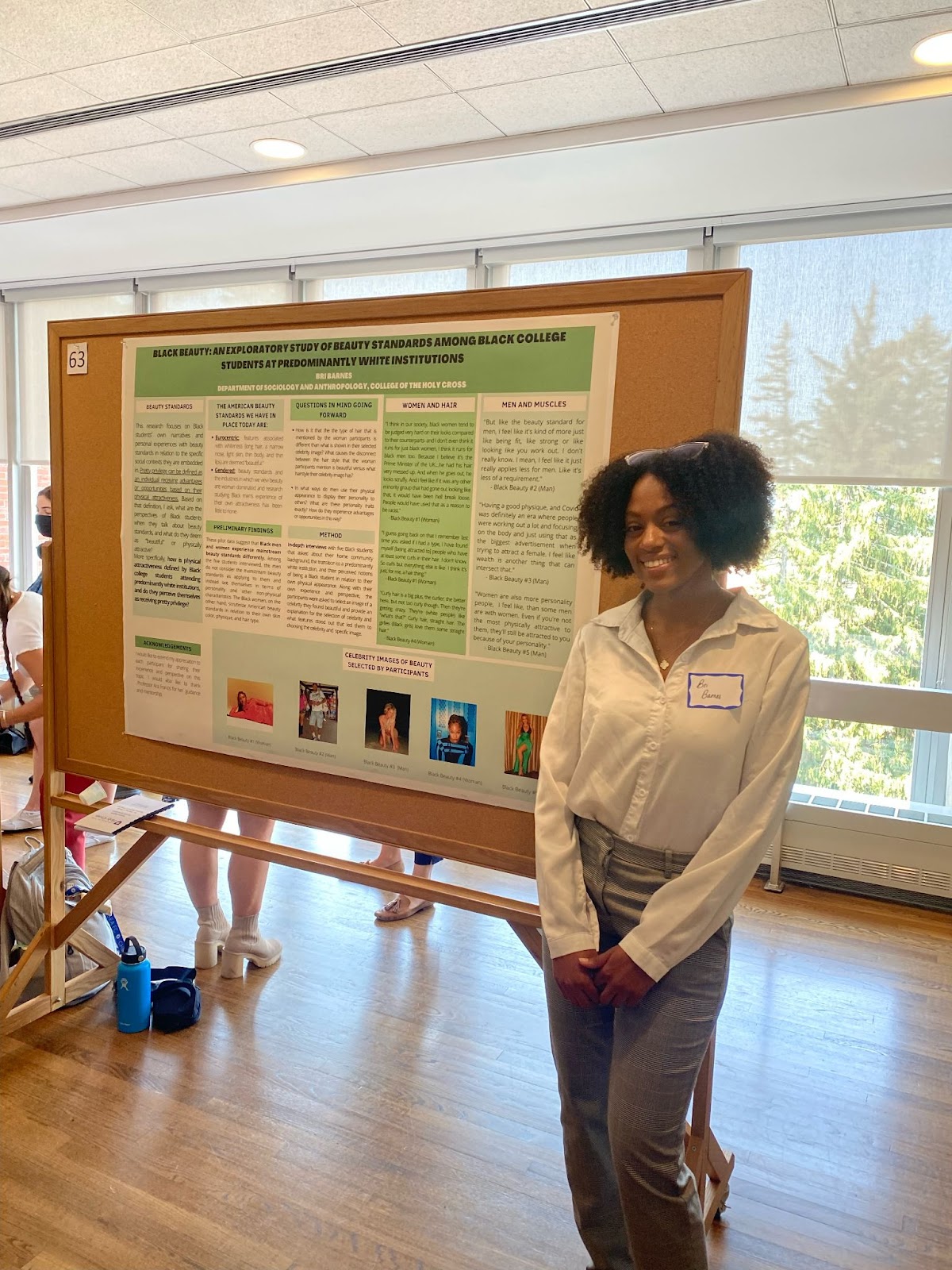