After handily defeating Bucknell in their own backyard by a score of 33-10, Holy Cross claimed their second consecutive  Patriot League Championship.

At his media availability, Head Coach Bob Chesney spoke about staying resilient throughout the season, saying, “The past week was obviously great to get back out there. We were on a pretty significant pause before, [had] a couple weeks without a game, so having a chance to come back out and have some healthy bodies again and try to put full weeks of practice together without any adjustments thrown midweek was great. And then obviously we had to travel which, you know, was a little challenging but at the same time I thought the kids did a great job. You know, you get a bit concerned when you go on that six or seven hour ride each way and stay two nights when exposures [are] the concern but I thought our guys did a really good job. We walked away with a victory which for two years in a row now [we’re] champs of the league and we’re looking forward for this opportunity coming up this weekend.”

The full weeks of practices together certainly seemed to help the Crusaders as they came out to a blistering start against Bucknell, jumping out to a 17-0 lead after the first quarter. Freshman quarterback Matthew Sluka opened the scoring for Holy Cross, capping off a 10 play drive with a six yard rushing touchdown. Sluka proved to be the Crusaders’ most dynamic playmaker on offense against Bucknell, finishing with 61 yards rushing with two rushing TDs as well as completing 8/11 passes for 78 yards and a TD.

Speaking on the dual threat QB, Coach Chesney noted “He’s very athletic, you know, he’s a very good quarterback with a big arm. He’s a good sized kid as well, and he’s very comparable to the guy they got out there in South Dakota. Their size is similar, their arm strength is similar, their athletic ability is very very similar. They’re both really, really good when they pull the ball down. They can run, there’s an entire quarterback run game attached to both of these guys and then they can also throw. Sluka, the whole camp long, everything else he did, every little piece we gave him, he just kept getting better and better. We gave him one carry on a third down in Lehigh that he converted and then we gave him three or four in the next game, and then he turned that first half three or four intp staying in the game the whole second half against Fordham. He started this last one and ended up being able to pull out the victory. So he’s done a great job. He’s progressed and he’s getting better every week. Like most young guys he has a long way to go, but he doesn’t get flustered very much and he’s very much up for most competition.”

The Crusaders’ offense hummed all game long with their potent rushing attack. Putting up 33 points with just 10 pass completions may be a rarity, but the Cross made it possible with a slew of outstanding rushing performances. In addition to Sluka’s 61 yards, junior running back Peter Oliver added 67 yards and a touchdown. RB Jonathan Abrams also tacked on 51 yards of his own; in all, the Crusaders put up a very impressive 192 yards of rushing offense, which proved to be too much to handle for Bucknell.

Recounting the Crusaders rushing onslaught, Coach Chesney noted “I think our ability to run the football at times is there; we’ve extended maybe what would be a definite pass down where we would enable that down and distance to turn it into a run-down at times. I think those things in the past were usually having to throw the ball only to convert. Our run game has been something that’s been keeping us alive a lot and I think enabling us to convert. Also the quarterback run … on those runs, having the extra guy instead of handing off the ball creates many problems for defenses. Matt Slukka probably has a good amount to do with that as well.”

Holy Cross’ defense did more than enough to ensure that the Crusaders would win the game, recording a massively impressive five interceptions. Although Holy Cross found a great amount of success running the football, Bucknell could not say the same, accumulating just 22 yards of rushing offense. For the defense’s outstanding performance, the game MVP was awarded to junior defensive back John Smith, who had one of the five interceptions, which came with a 58 yard return, as well as recording four tackles, a tackle for a loss, and two pass deflections.

Up next, the Crusaders will by far face their biggest challenge of the season; travelling to South Dakota to take on the South Dakota State Jackrabbits. The Jackrabbits are fresh off of a 27-17 win against cross-state rival North Dakota State, who are a longtime FCS powerhouse. SD State have also played six games in their season thus far, which is double the amount the Crusaders were able to play during their respective season. However, before playing ND State on April 17th, the Jackrabbits had not played a game in nearly a month, with their last contest dating back to a 44-3 win over Southern Illinois on March 20th.

On being asked if it was any more difficult to prepare for a team that’s only played one game in the past five weeks, Chesney responded “Maybe; I think you’re more healthy now then probably you’ve ever been. But I think schematically, could you be compounding more and more schemes through all those weeks? I’m sure that is definitely going to be the case. But we’ve only had three games as well, so I think we’ve been practicing just the same. I think that could level the playing field to some degree, as far as scheme is concerned. We still have the games we exchanged that were equal to each other so it is kind of what it is. They’re going to go off of our three, we’re going to go off of their three and then we’re just going to see what happens when we get there on Saturday.”

In HC’s last appearance in the FCS playoffs against Monmouth in 2019, although the Crusader offense scored 27 points, the game was lost 44-27. Looking back on that game vs. Monmouth, Chesney noted “In that game, I think we just started a little slow. We kind of went backwards at times and it just wasn’t the best showing. I will say, and I’m not making any excuses, but I think we had our five leading receivers out that game, our starting left tackle wasn’t playing, and we just were really banged up at that time. I think that was week thirteen of the season. Ninety-man roster over here, really in our second year, didn’t really have the depth that we do now. So we have a little bit more depth and hopefully that will help us get through this one a little bit differently than that Monmouth game. Monmouth was very, very good, but again, that’s the first time you’re in those bright lights. So I think every playoff opportunity that you have, speaking just from my own experience, that the first time you get there is sort of nerve racking for the players because it’s uncharted territory. That second time around gives you an opportunity to say that ‘we’ve been here before.’ We have had a chance to be in the playoffs before, we know what’s on the line, and I think you have a chance to treat it just a little differently because it’s not as foreign. I think the last time we were in one was in 2009 before last year. Now, the last time we were in one was last year. So I’m hoping that that proximity to that game a year ago puts us in a better mental state as far is it not being brand new.”

As Coach Chesney said, one of the keys to the game for the Crusaders against the Jackrabbits will be to stay relaxed. They can’t question if they belong there or not after a shortened regular season, or else SD State will capitalize. Additionally, After a formidable offensive showing against Monmouth in their last trip to the FCS playoffs, the defense will have to stand their ground. If Cross’ offense can play with the prowess that they did against Bucknell while the defense holds it down, the Crusaders have a legitimate shot of winning. Lastly, as Coach Chesney mentioned earlier, SD State quarterback Mark Gronowski has a similar playing style to HC quarterback Matthew Sluka. Against ND State, Gronowski completed just 10 passes, but rushed 16 times for 126 yards. Although just a freshman, if Sluka can keep up with the dynamic playmaking of Gronowski, he will give HC a shot to compete all game long. 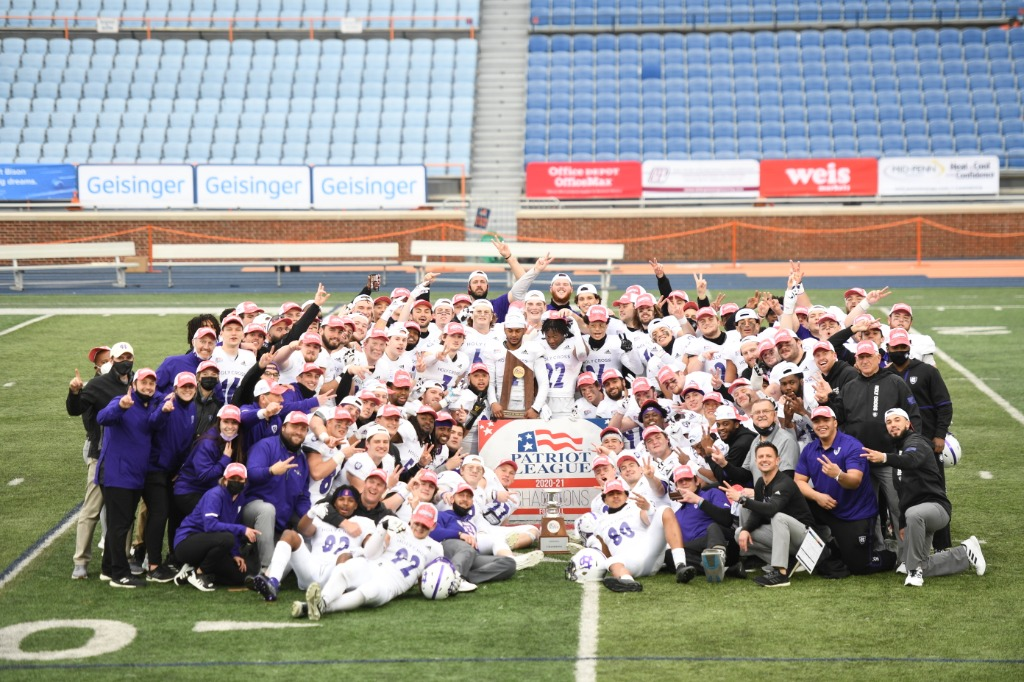